Greetings and Salutations fine readers of Nerd Cactus Blogs and welcome to the inaugural edition of Shakespeare Saturdays, in which we celebrate the genius, hilarity, and human interest of one William Shakespeare, aka the Bard. We here at Nerd Cactus owe a great deal to good ol’ Willy; we got our start discussing what we like and dislike about his plays and sonnets, and our first major story deals with one of his most famous works (no details…it’s still Super Secret). That being said, we thought we’d dedicate an entire day to him, whether it be cartoons, memes, videos, or other blogs celebrating the genius of this great English playwright.

I can hear groans from here. For some reason, the Collected Works of William Shakespeare seems to send people running in fright, a twirling cloud following in their wake. But there is absolutely no reason to dislike or fear this great man and his works. Why? Because they’re hilarious. William Shakespeare is hilarious. And to prove it, here is a list of some of his filthiest, funniest jokes.

“There live not three good men unhanged in England: and one of them is fat.” – Falstaff, in King Henry IV, Act II, Scene IV

“I must to the barber’s, monsieur; for methinks, I am marvellous hairy about the face: and I am such a tender ass, if my hair do but tickle me, I must scratch.” – Bottom, in A Midsummer’s Night’s Dream, Act IV, Scene I

“By my life, this is my lady’s hand these be her very C’s, her U’s and her T’s and thus makes she her great P’s.” – Malvolio, in Twelfth Night, Act II, Scene V

“I am one, sir, that comes to tell you your daughter and the Moor are now making the beast with two backs.” – Iago, in Othello, Act I, Scene I (Yeah…Shakespeare invented that euphemism.)

Charon: Thou hast undone our mother.
Aaron: Villain, I have done thy mother. – Titus Andronicus, Act IV, Scene II (Yes…this may very well be the first yo’ momma joke in history.)

And one more…for the funsies!

“I will live in thy heart, die in thy lap, and be buried in thy eyes.” – Benedick, Much Ado About Nothing, Act V, Scene II (This one is much funnier if you know that ‘to die’ is euphemism for orgasm.)

So…see, ladies and gentlemen? There’s no reason to fear Shakespeare! The man is filthy, funny, and the ultimate insult champion! And so I leave you for this Shakespeare Saturday. Until next time!

Because, honestly, where else would we start our boozy books adventures? “Go big or go home”, right?

From playing the “you know nothing” drinking game to shots for every time Dany’s boobs are exposed, we know how to get through George RR Martin’s epic literary masterpiece with style.

You may be a longtime reader, a fan of the tv series, a cosplay fanatic who has recreated the Viper vs. Mountain battle in public, or an entirely oblivious member of the public who has never even heard of this phenomenon (but, really, do you live under a rock?). Whoever you may be: brace yourselves, winter is coming.

It’s time to visit the badass, high fantasy world of Westeros! Following the members of Westeros’ greatest families, Martin’s A Song of Ice and Fire series is made up of A Game of Thrones, A Clash of Kings, A Storm of Swords, A Feast for Crows, and A Dance with Dragons. It takes a while to read them all, but man are they worth it.

For one, the specificity is astounding; Martin’s attention to detail creates incredible imagery and well-rounded characters that can only be rivaled by watching the television series (and sometimes the book’s descriptions are better, trust me). Because each chapter is from the viewpoint of a different character the action is unending as multiple storylines tumble over one another and finally come to their massive conclusions. You’ll love to hate Cersei and find yourself wanting to befriend Arya, hug Jon, drink with Tyrion, and punch Sansa in the face. The series is chock-full of intrigue, violence, sex, politics, adventure, and dragons, but above all it is well-written.

With five enormous books to the as yet unfinished fantasy series the most obvious pairing recommendation would simply be an equally enormous bottle of liquor.

However, we aim to add classy, in-depth analysis of flavor, aroma, and harmony to our pairings so let’s narrow it further down…

Considering the dark tones of the series, the amount of bloodshed, and the threat of a cold winter we suggest a warm, full-bodied Malbec. Malbec is called the “black wine” because its shade of red is just THAT dark. It’s heavy, fruity, and earthy, and grown primarily in South West France and Argentina. Not only would a wine of this caliber be suitable for consumption in King’s Landing, but also among the Dothraki across the Narrow Sea. 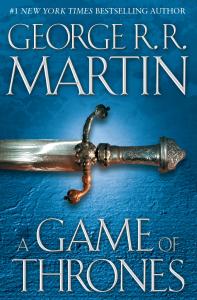 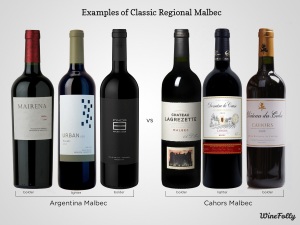 Note: You can also enjoy a bottle of Malbec while watching the HBO series Game of Thrones. Season 1 is a fairly close adaptation of the page and is, quite frankly, AWESOME so no judgment on this end.

Nerd Cactus would like to take a moment to acknowledge the passing of Mr. Leonard Nimoy. We all loved him as Spock and will continue to utter the phrase “live long and prosper” with reverence, but he was also the epitome of what we strive to achieve in Nerd Cactus-dom; a scholar, a poet, a director, an actor, a photographer, an advocate, and a generally decent human being. His kindness and creativity was tangible and he will be greatly missed.

May he continue to explore in the great beyond. 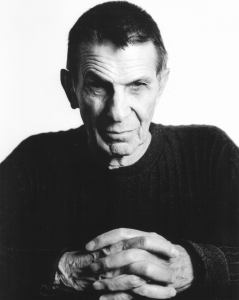 Here lies the promise of exciting things to come…

Nerd Cactus is proud to announce the official commencement of Boozy Books Fridays! Starting tomorrow we will be dedicating Friday’s blog posts to a little something we like to call “book pairings”. Your dedicated sommelier will be providing you with a brief book recommendation along with its ideal alcoholic pairing. It’s a divine way to start you weekend, dahling, truly, it is.

We will also be working toward the establishment of some other fun weekly installments including a Shakespeare day, a Meme day (Memeday-Monday, anyone?), and some other surprises.

So stick around fellow Nerd Cacti, the fun is just beginning! 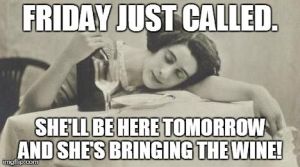 Quipping in the Twittersphere